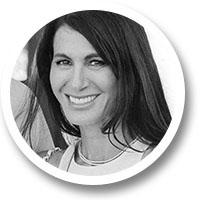 Old Greenwich resident Nancy Armstrong knows how debilitating Attention Deficit/Hyperactivity Disorder can be. She is the mother of three children—a boy and two girls—each of whom received an ADHD diagnosis as adolescents. (Her husband Tim, CEO of Flowcode and former CEO of AOL, was also diagnosed in the process.) At the time, there was very little public discussion about the disorder, which lived in the shadows, shrouded by shame, blame and misunderstanding.

With the release of her first feature-length film, The Disruptors, the Emmy-nominated producer sets out to destigmatize ADHD, a neurological disorder that affects nearly 10 percent of adolescents in the U.S. (and a rising number of adults).

The film follows five families as they navigate the challenges of living with ADHD and hears from a cadre of celebrities, including Terry Bradshaw, Paris Hilton, Howie Mandel and will.i.am, who talk about their early struggles with ADHD and how they turned those struggles into career success. There are also a host of interviews with ADHD experts who help demystify the condition.

“People with ADHD tend to be our most creative,” says Nancy. “They are our entrepreneurs, our inventors, our Olympians, our CEOs, our artists and our risktakers. If we properly diagnosed every kid and provided them with the support they needed, just think about how much further we could go as a society.”

We visited with Nancy at her home in Old Greenwich soon after the film debuted to talk about her passion for the project, what it was like to shoot during the pandemic, and what she hopes people will take away from their experience.

Q: WHAT INSPIRED YOU TO MAKE THE DISRUPTORS?
A: ADHD is a controversial and complicated diagnosis, and having raised three children with this brain type, I remember how desperate I was at the time to have something I could use as a tool to help me to manage the journey through the K-12 school system.

Q: WHAT ARE SOME OF THE BIGGEST ROADBLOCKS TO AN ADHD DIAGNOSIS?
A: There’s a deep disconnect between what we as a society think we know about ADHD, and what we absolutely know from decades of research. It is not a behavioral issue. It’s neurological, and it’s highly heritable. While having a diagnosis of ADHD will mean some challenges that need to be managed, it also comes with some impressive strengths. It doesn’t have to be a liability; it can become an asset.

Q: IN THE FILM, THE MUSICIAN WILL.I.AM CALLS THESE ASSETS “SUPER SKILLS.” CAN YOU EXPLAIN?
A: We think of them as the opposite of the traits normally associated with ADHD, what top expert, Dr. Ned Hallowell, calls the triad of symptoms: the positive side of distractibility is curiosity, hyperactivity is energy and impulsivity is linked to creativity. That’s the silver lining. If you can learn to manage the challenges through diagnosis and treatment, then you can tap into a wellspring of possibility.

Q: HOW IS THE DISORDER BEST MANAGED?
A: There’s a whole box of tools to treat ADHD. There is no one answer. It’s always best to implement several including coaching, therapy and medication if it’s right for you—and that’s a very personal decision.

Q: WHAT ARE SOME OF THE BIGGEST MYTHS?
A: That it doesn’t exist. That kids who have ADHD could control their behavior if they just tried harder. Even when we tell people it’s neurological and we show them the science, they have a hard time accepting it. When it comes to other neurological conditions—Asperger’s, autism, dyslexia—we’re generally more tolerant of the individual differences around those brain types. We really struggle with ADHD because it’s behavioral and it tends to look intentional. These kids aren’t bad people. Their brains are just wired differently.

Q: YOU’VE TALKED ABOUT YOUR JOURNEY AND COMING TO TERMS WITH YOUR FAMILY MEMBERS’ DIAGNOSES. WHAT WAS THE MOMENT THAT EVERYTHING CHANGED FOR YOU?
A: It was after the birth of my first son. We had like a little honeymoon phase in the first twelve months. He was on a schedule and an angel baby. When he was one and starting to come into his own world, things started to shift. I didn’t understand what I was seeing. Just before his second birthday, we got kicked out of our Mommy and Me class. That was a jolt. I said to myself, Why is this happening? While all of these kids are sitting quietly in their mothers’ laps, my son is running around the circle and pressing all of the buttons on the boom box.

Q: HOW OLD WAS HE WHEN YOU GOT THE HELP YOU NEEDED?
A: He was struggling as a four-year-old, and we started taking him to different doctors. He was diagnosed with sensory integration disorder. We finally went to a local specialist, and he told us our son had ADHD.

Q: AND THEN WHAT HAPPENED?
A: As soon as we got the diagnosis, that was the beginning of a new chapter. My husband realized he had all the symptoms of ADHD, and the doctor said it’s genetic—about 70 percent for boys and around 90 percent for girls. For me, it was a revelation. Suddenly we had two people in the family with this diagnosis.

Q: AND IT DIDN’T STOP THERE?
A: Our two daughters also have ADHD, and we missed it at first, because girls present differently. While girls and boys with ADHD both show the inattention and the impulsivity, girls may exhibit less of the hyperactivity that makes boys more visible.

Boys are also more prone to aggressive behavior, while girls have more of the emotional dysregulation and hypersensitivity. You might notice more tearfulness or moodiness, as well as a predisposition to anxiety and depression.

All of that can interfere with making friends, but sustaining friendships is core to a young girl’s emotional well-being. With both of my daughters we didn’t notice any impairment until they started middle school, and then they really started to struggle. We moved quickly to get them evaluated, so they could get the support they needed.

Q: WHAT WOULD YOU SAY TO PARENTS WHO ARE STRUGGLING?
A: We want our kids to feel good about themselves when they arrive at adulthood. Sustaining a constant barrage of negative feedback every day for years is demoralizing and detrimental to someone’s self-esteem—and you can’t launch your life in the world if you feel terrible about who you are. Our job as parents is to shepherd these kids to adulthood intact.

Q: IN MAKING THE DISRUPTORS WHAT SURPRISED YOU THE MOST?
A: We had no idea who would be willing to speak on camera about their struggles with ADHD. So we were thrilled to be able to interview fifteen high-profile people who spoke candidly about the way in which their ADHD brains have presented some very real challenges, but who also have been essential to their stratospheric successes.

Q: YOU SHOT MUCH OF THE FILM DURING THE PANDEMIC. WHAT WAS THAT LIKE?
A: We started filming at the end of 2019. We did the expert interviews in the summer of 2020. I just got on planes and flew to where the experts were and covered myself in PPE [Personal Protective Equipment]. Sometimes I was the only one on the plane. Some of them came to my house. We roped off certain areas, kept all the doors open and covered ourselves in PPE.

We just got it done. We did the interviews with the public personalities through a remote video app called Open Reel.

Q: WHAT DO YOU WANT VIEWERS TO TAKE AWAY?
A: I hope the film liberates parents to know that they are not alone and that it does get easier as children get older, but it’s a marathon. What a child really needs, apart from a diagnosis, is love, connection and support. Managed properly ADHD can be an asset and not a liability. That’s a profound message of hope.

Q: ANY FINAL THOUGHTS?
A: If you had a camera in our house five or ten years ago and now, there’s no comparison. It was quite chaotic. And it’s still a bit chaotic, but that’s our family. We have a bunch of big personalities in our house for sure, but it’s truly amazing when someone you love, who has struggled to find his or her path, finally discovers their passion, learns to activate their inborn strengths—and finds their place in the sun. As a parent, there’s no bigger reward than that.

Looking for plans to help the whole family avoid cabin fever? Here are fun ways to enjoy the winter—both indoors and out

Veggie burgers have goTten a major glow-up, thanks to this Greenwich mom

The new Westport location is an immersion in British interior style