W hen it comes to bringing the old noir films to light, who can resist what best defines the genre: Double Indemnity? And who can further resist the sensational work of Westport artists ANN CHERNOW and MIGGS BURROUGHS, who together turn whatever they do into gold, or in this case, into noir? Their upcoming collaborative exhibit, aptly titled Double Indemnity, will open at the Westport Library on June 7 and run through September 6.

At its best, noir films capture the underpinnings of a dark world, filled with crime, sex, murder and intrigue. In that way, Double Indemnity best exemplifies those components by use of lighting effects, intricate plot maneuvers, and a constant sense of foreboding that runs throughout. The tone is edgy and tense and allows the viewer to get caught up in the hi-jinks, so that they become part of the experience. 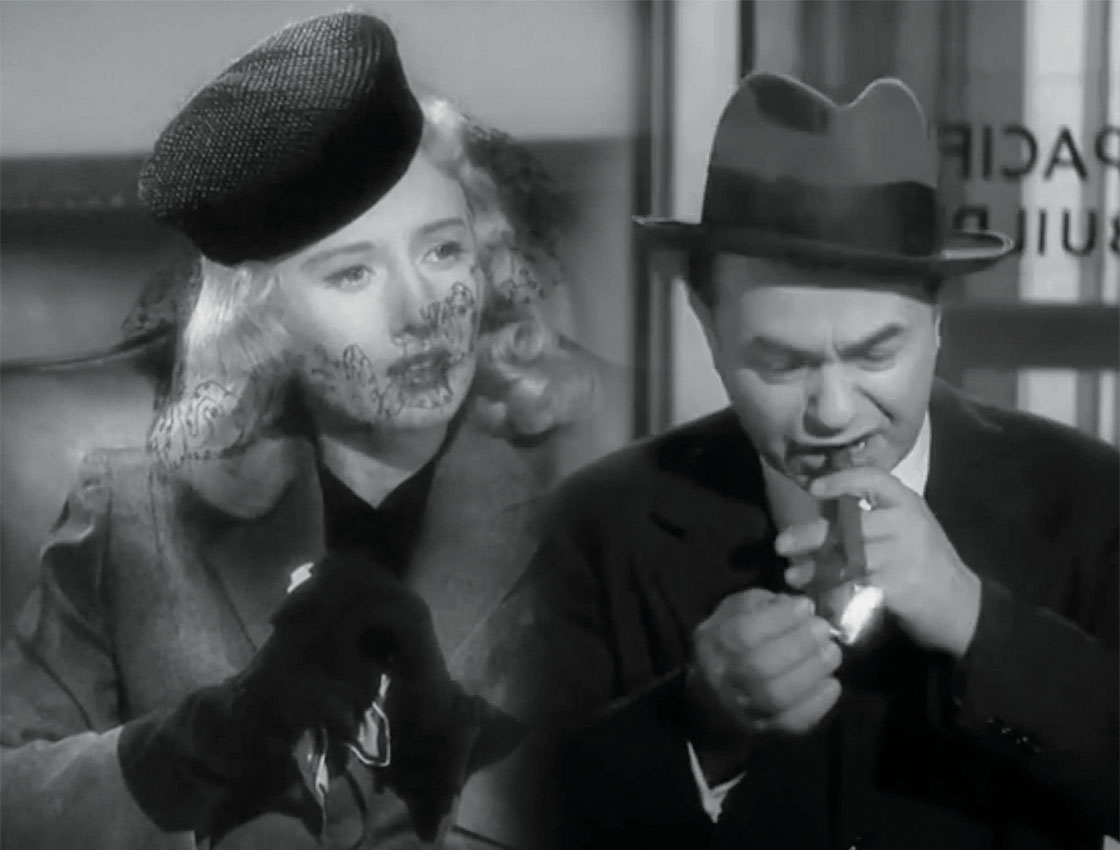 Ann, the queen of noir film art, and Miggs, the king of lenticular imagery, have résumés that run as long as a noir film itself.

Ann Chernow is an American and internationally known artist exalted for her movie starlet illustrations and paintings of cinematic figures of the 1930s and ’40s. Her provocative and naughty interpretations have taken noir to an art form, and where better than to strut her stuff than right here in Westport, her hometown since 1968?

Her leading ladies and tough guys have all come alive in mediums of oil, lithography, silkscreen, etchings and colored pencil. And now, with Double Indemnity as the theme, she lets her bevy of beauties loose once again. With the wave of her brush, pencil or pen, Ann transforms her Hollywood heroes and heroines to great artistic heights.

Born in New York City, Ann’s talents became evident at age five, and continued on throughout her life when she eventually entered the prestigious School of Fine Arts at Syracuse University, later transferring to NYU, where she earned her master’s of arts degree in 1969. Noir has run through her blood ever since. “Once experienced, a movie is never totally forgotten,” she says. “Memories from films can be metaphor and private reverie through which an artist can address the human condition.”

Miggs Burroughs, a lifelong Westporter, says: “I chose to re-tell Double Indemnity using sixteen such ‘moving’ images to capture key moments from the drama. I combine my lenticular images with a beginning and an end, switching from one to the other as a viewer walks by them. In that way, each piece is a movie unto itself.”

Miggs, a full-time graphic artist since 1972, and a graduate of Staples High School, and Carnegie Mellon’s drama department, was the youngest designer of a commemorative U.S. postage stamp, and he boasts four Time magazine covers before the age of twenty-six. His deep dive into the world of noir began with a viewing of Double Indemnity. Speaking of the current project, he says, “Without a soundtrack to guide them, the series of these images will take on whatever narrative and meaning the viewers are willing to bring to them.”

So it is that Ann and Miggs make beautiful mischief together as they go noir all the way with Double Indemnity as their main attraction. Together, their magic knows no boundaries. Their Westport Library exhibit invites you to get caught up in their world of debauchery and intrigue—if you dare.

The new Westport location is an immersion in British interior style