above: Felix Brito (with yellow paddle) at the Cherry Lawn Park pickleball courts in Darien. Brito plays the sport to relieve symptoms of Parkinson’s disease. – Photographs by Venera Alexandrova

The town of Darien built pickleball courts at Cherry Lawn Park in the fall of 2021 as part of a push for more public outdoor recreational space. Felix Brito, a Norwalk resident and avid pickleball player in Darien, has an intense love of the game and an even stronger story of inspiration. Originally from Venezuela, Brito played a good deal of ping pong in his 20s. He first discovered pickleball in 2018 when he was asked to paint the lines for a court on top of the tennis court at the YMCA in Wilton, where he worked maintenance. “The Athletic Director encouraged me to pick up a paddle and I played occasionally with members. I was diagnosed with Parkinson’s disease in March 2021, and it was devastating. For the next year, I focused on traditional physical therapy including boxing, stationary bicycle and weights. In February 2022, I had the idea to pick up pickleball again, started looking for a place to play indoors and found the Norwalk Senior Center. The Athletic Director was very encouraging and there are some excellent older players there,” says Brito.

Brito now plays pickleball for two hours every morning at the Norwalk Senior Center and for two hours every afternoon at Cherry Lawn Park in Darien. “After I realized pickleball had such a positive impact on my health and mood, I traveled to courts all over Fairfield County and met a lot of great people. My favorite court, though, is Cherry Lawn Park. The community there has been incredibly supportive. At first, I would hear players talk about taking it easy on me because I walk slowly and have limited motion. I love to see how surprised they are when I get on the court and truly compete with the high-level players. They are even more surprised when I win most of my games. That gives me such a high!” he says. 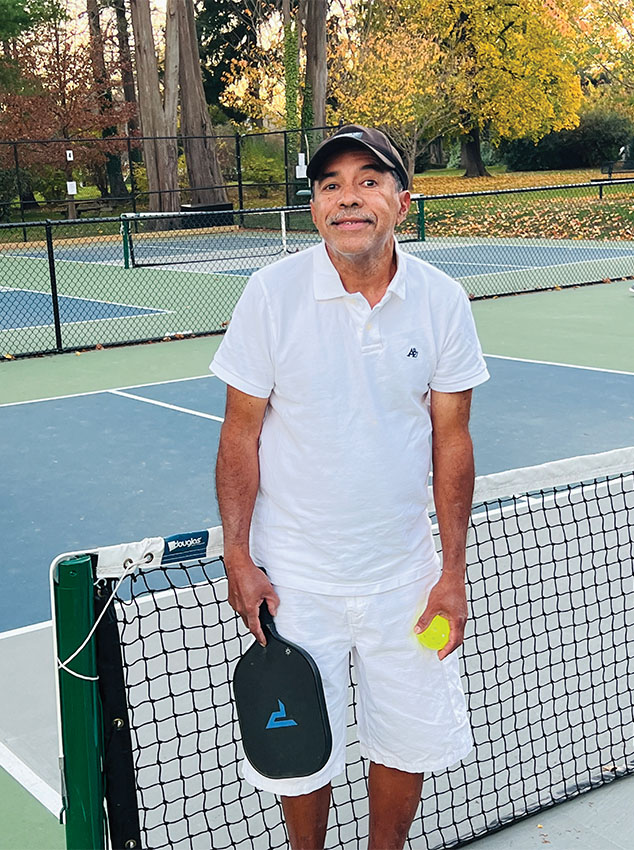 Brito takes medication to help regulate his symptoms and reduce shaking, but he says playing pickleball gives him energy, helps him sleep better at night and is a really big boost to his mental health. Pickleball, like other racquet sports, allows players to work their eyes, hands, feet and brain all at once making it the perfect full body therapy for Brito. “Whether physical or mental, I believe playing pickleball helps slow the progression of my disease,” he says. Brito hopes his story might inspire others with chronic conditions to get outdoors and move their bodies, and he’d love to teach and share all that he’s learned on his journey.

Pickleball is another racquet sport that has seen a rapid increase in popularity in recent years. It’s an easy game to learn, fast-paced, social and appeals to all ages and physical abilities. While pickleball and paddle tennis are similar, there is a difference between the two. Pickleball is played with a plastic ball with holes in it, while paddle tennis is played with a spongy rubber ball. Unlike paddle, pickleball is played on a court with no walls or fencing and can easily be played on a tennis court. There is also a no-volley zone, known as “the kitchen,” on either side of the net. 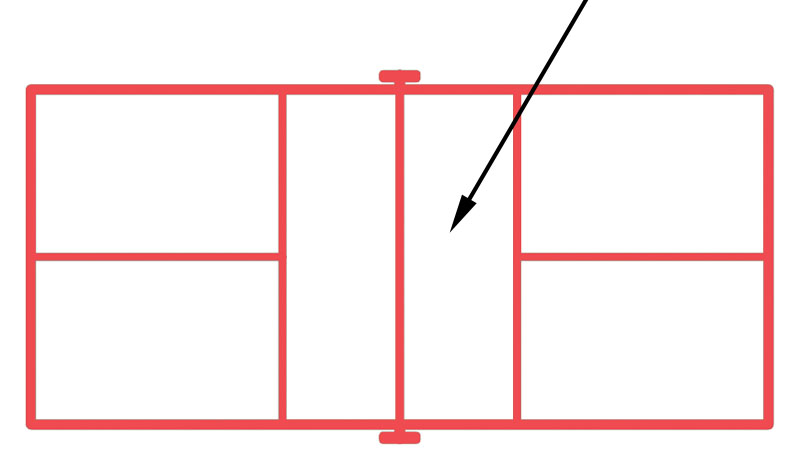 Previous article
Paddle Anyone?
Next article
Motivate Your Workout

Platform Tennis is a Winter Sport on the Upswing